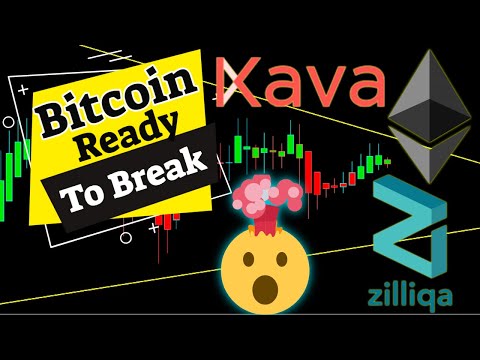 Should I invest in Bitcoin?

When I first noticed Bitcoin, it was hovering around $11 in 2012. I tried to start mining, but quickly realized my Macbook Pro’s processing power wasn’t sufficient to justify the time and energy it would take to get up and running. I never mined a single Bitcoin, but I did quite a bit of research.
I rapidly read articles on Bitcoin, its past and its future.
I watched tutorials on how to mine Bitcoin and the mechanics of its payout system.
I browsed all the major forums, for opinions from Bitcoin owners.
This isn’t me trying to brag about my foresight in spotting Bitcoin before it became big. As a technology enthusiast, this was just one of the many tech crazes I explored. Many of these failed quietly or haven’t yet satisfied the hype (3D printing).
If there was one consensus among Bitcoin owners in 2012, it was that they truly believed in Bitcoin. Enthusiasts foresaw the potential revolutionary impact of a de-centralized currency. Libertarians hoped for an end to the monopoly of the dollar. Despite its problems, the future looked bright, and early adopters invested on that premise.
Today, many purchase BTC with no basis other than the gargantuan number beside the ticker and an exponential price chart. With every sharp increase, more and more speculators purchase BTC, with nothing but a hunch as vindication. Answers appear on Quora, where writers ‘guarantee’ BTC will rise to $25,000+.
Yesterday, I talked to someone who purchased 1 BTC, at ~$12,500. He excitedly revealed that he had earned a 25% return within 24 hours, as BTC rose to $16,500. I interrupted to ask what had prompted him to buy BTC in the first place. His only response was that he saw the pattern of BTC’s growth and didn’t believe the profits would end anytime soon.
My friend is normally a rational, intelligent person, whose opinions I seek and respect. As such, I was astounded to hear his speculation was based solely on a hunch.
My response was simple. I showed him a chart of an even bigger growth stock than BTC, at the height of the tech bubble in 2000. At the height of its powers, Cisco was the largest company in the world. Like Bitcoin, for over a decade the stock had been exponentially rising, posting a 265,100% return between IPO and peak price.
But then the party stopped and the bubble burst. From 2000–2002, Cisco lost 88% of its value. The stock never fully recovered, and still lingers as a shadow of its former formidable self.
Cisco isn’t an isolated example. History is filled with examples of ‘the next best thing’ with an astounding growth record but without the fundamentals to back up these crazy valuations. Tulipmania, the South Sea company and the Mississippi company are just some of these precedents.
I then asked another simple question, to forget about the share price, and to imagine he could never sell the stock on an exchange. If he had to buy BTC at $16,500 and could never sell it on any exchange, would he be happy to hold BTC, as an investment which he could only use as a currency in shops, as he would the Euro or the US dollar? Would he be happy to use BTC for its intended purpose, not just to make a quick profit.
I invite you to ask yourself the same question. BTC is currently worth a collective $267 billion. Do you believe that BTC could buy $267 billion worth of items, either online or in brick and mortar stores?
You may strongly believe BTC will become accepted as a fiat currency, but even then what makes you believe each BTC will be worth more than it is today?
Is it not already priced into the market?
Considering the lack of assets or government guarantor to act as collateral, why is BTC worth more than the paper clip on my desk?
These are all questions you have to ask before purchasing BTC. We’re in the middle of a 9 year bull market, the 2nd longest in history. Markets have been rising so long, they’ve all but forgotten the possibility of a crash. People are buying a ticker, without any consideration for the underlying asset.
Ultimately, BTC is at its current price because no-one is certain it will go up or down. I believe it's grossly overvalued, and the underlying asset doesn't deserve a value of $267 billion. That's why I can't recommend investing in BTC.

If you are wondering why Cboe futures are $1200 over spot price, or want to hear why that is a problem

After the futures opened last night, I have been doing some thinking and research, and it is fairly concerning to me, so thought I would share.
First of all, here is the situation: the January future is, at this time, $1200 over the price on GDAX.
Now the naive view is that this is because people expect the price to go up by that much over the next month, that is what a future is right?
But no, this is incorrect, and here is why: There is a very simple arbitrage opportunity in this situation, called cash and carry. How it works, is you sell one future contract, and at the same time buy one bitcoin. As mentioned the price difference between these two is $1200. Then you hold both of those through to the settlement date, and at that point sell your bitcoin. The price you get from your bitcoin sell will be exactly* the same price you settle the future at, by definition. So you have made $1200 without taking any trade risk**.
Now clearly I would like to take advantage of this free money, but I can't because I can't find anyplace that will let retail investors short sell the future contract.
This is a problem because as we know, institutional investors are reluctant to hold actual bitcoin, so they can't run this arbitrage. So, there is no one to take the other side of these trades, and hence there is a tendency for the price to only go up, as there are buyers, but no one selling at the market price***.
This is the same situation we were in before, where it is easy to go long bitcoin, but nearly impossible to go short. Or put another way, the very best recipe for a bubble.
In conclusion, I believe the futures to be mispriced (high), and that is not helping the bubblish tenancies of bitcoin at this time.
Footnotes: * There is risk of volatility at the settlement time, and if you don't time your sell for the exact time of the settlement, you may get a different price
** The trade caries no risk, but there is risk elsewhere, settlement volatility as above, counterparty risk, and potentially needing to provide a lot of cash to cover the short if the price goes up. Note that doesn't mean you are going to loose on the trade, just that you may have to supply a lot of cash until you can settle, which would reduce your yield. And if you run out of cash, then ouch.
*** Yes there are sellers, we know, because there has to be a match on both sides for the contract to be sold. But those are short sellers betting on price going down, not this riskless arbitrage I am talking about. Those people are only selling at this higher price, because they are taking actual risk. This is where the mispriced outcome comes from.
Edit: See also Matt Levine at Bloomberg, who wrote a piece calling out exactly what I describe above.

I had a few requests of my home dashboard, and wanted to share with everyone how I put it together.
What you'll need:
Step 1: Instructions to Set Up the Raspberry Pi Itself:
Step 2: Set up the HTML File to Display
/home/pi/html
FINAL Comments. This project probably took me 1h to set up the pi. And 4ish hours stumbling around to get the dashboard set up. My only real outlay was a monitor mount and a new monitor. Best of luck!
EDIT Here is the link for the current version of the dashboard. I removed the traffic for the weekend, but this is the dashboard. I have some formatting I really want to do (headings et al), but this should be a decent start. I have also included the color scheme I used.

Beginners Guide to Investing in Cryptocurrency from an Entrepreneurial Standpoint

Community and other resources

I realise that some people are not that active in our Discord channel (or have not joined at all), which has quite a lot of community developments and other resources. So I have decided to gather some of the things shared around and post them here - in no particular order.
Crypto20 performance snapshots and unofficial community resources:
There are also a few desktop tickers and widgets floating around in the Discord server, which will show you personalised holdings.
For consumption, the NAV is found here.
Other resources: [not an endorsement or recommendation] - Tax preparation platforms: https://bitcoin.tax/ and https://cointracking.info/. - Spreadsheet wallet tracker: https://medium.com/active-income/how-to-get-crypto-balance-from-your-wallet-in-google-sheets-c79a2702a038.

Scary Bear Stories - charts of the largest US Market Bubbles

for your review:
http://www.macrotrends.net/1310/the-four-biggest-us-bubbles
This is a chart of the Four Biggest U.S. Bubbles. It compares the four largest market bubbles of the last 100 years, which are :
What's interesting is not only the build up to the top of the bubbles, but the quick declines and (gradual?) recoveries and attempts to recover.
These "traditional" build up bubbles take years to develop, around 8-10 years. The increases max at most at 900% before it pops.
If you compare these "bubble graphs" to the current market, it just doesn't lend itself to an easy comparison.
From a time review, we're only a few years out, and even fewer in active trading. From that standpoint, it would appear that we could have 5-6 more YEARS of growth before the pop.
From a percentage - that's what concerns me. - Oil popped at almost 800% growth - the NASDAQ pop was almost at 1000%
According to bitcoin ticker, we've seen increases of around 786% in the past 6 months.
I believe that my time frame for comparison might be off, but I'm starting to feel my head itch. I'm starting to believe that we're no where near the crest of the bubble and quite a bit of time out before it pops.
I also took a look at the 40 best performing penny stocks of the US from [1999 to 2009])(http://www.huffingtonpost.com/2010/01/03/best-performing-stocks-of_n_409739.html)
It is not unheard of to have gains, in 10 years, exceeding 1000% or 5000%. Medifast's increase of 16,000+% blows me away.
OMG AM I GROWING HORNS

This video represent history of BTC-USD exchange rate until 2019.07.11 Bitcoin price is like crazy right now. How much will rising up? and, How much will falling down? [ETH, KAVA, ZIL] Defi Bubble Pop, Bitcoin Dominance Rise (Chart Analysis) ----- Bitcoin could be ready to blast... Today's Bitcoin technical analysis uncovers a coherent bullish bias in the RSI, OBV, MACD and Ichimoku Cloud indicators. Our cautious optimism for continued strength is now becoming enthusiastic ... BitMEX Affiliate Link 10% Off: https://www.bitmex.com/register/NJu3r0 Is the Bitcoin price going to be able to reach $20,000 by the end of the year? Well, So... Hey whats up everyone ! For those who didn't know i actually trade #cryptocurrency full time too ! I thought it would be cool to throw my #lofi #hiphop mix o...